On May 28, 2003, President Bush signed the Jobs and Growth Tax Relief Reconciliation Act of 2003 into law. While the tax relief is less than the tax cut originally sought, the Administration did get Congress to tax dividends and long-term capital gains generally at the same reduced rate of 15%. The equal tax treatment of dividends and capital gains removes the tax bias against transactions that generate dividend income, but the relief is only temporary. The reduced rates are in effect through the end of 2008. At that point, dividends go back to being taxed as ordinary income and long-term capital gains revert to a 20% rate. However, the actual duration of the alignment of tax rates on dividends and longterm capital gains is much more speculative. Several Democratic presidential candidates quickly announced that they would campaign for the 2004 election on a promise to repeal some or all of the new tax cuts.*

What has not changed?

The reduction in tax rates comes during a period of historically low interest rates. The current prime rate of 4.25%, which has been in effect since November 2002, is the lowest since 1959. One effect of the low interest environment has been a renaissance of the high-yield market fueled by investors searching for more attractive yields. During the first quarter of 2003, the principal amount of high-yield fixed income securities placed was more than twice the amount placed in all of 2002. Even though the rally may have cooled off recently, the historical experience that the high-yield market offers the best long-term return opportunity at the outset of an economic recovery should result in the continued allocation of capital to the asset class.

The combination of low interest rates, the rebounding high-yield market, and reduced tax rates has created an attractive window for private business owners to obtain partial liquidity through a leveraged recapitalization when other exit options are not available. The basic structure of a leveraged recapitalization is simple: a company borrows money to pay a substantial dividend or redeem stock. The structure has been frequently employed to effect an ownership change yet avoid a step-up in the book value of the target’s assets for financial accounting purposes, particularly before the SEC tightened the rules on recap accounting in 2001. However, the focus here is on recapitalizations by the current owners to unlock unrealized value and to obtain partial liquidity without a change of control. The liquidity option made attractive by the new tax law should be of primary interest to two groups: familyowned businesses and portfolio companies of private equity funds.

Private owners of C corporations have traditionally been discouraged from recapitalizations because the distributions received in the transactions were generally treated as ordinary income. Even apparent redemptions ran the risk of being treated as dividends, with corresponding adverse tax consequences. The basic rules determining the treatment of a stock redemption as a sale were not changed by the new tax law. A redemption (including a sale of stock in one corporation to a related corporation) qualifies for capital gain treatment as a sale only if the redemption meets the requirements of Section 302 of the Internal Revenue Code. A shareholder receives sale treatment if (1) after a redemption of voting stock the shareholder owns less than 50% of the voting power of the corporation and his or her percentage ownership of all voting stock and all common stock, whether voting or nonvoting, is reduced by more than 20%,(2) all the stock of the shareholder is redeemed, or (3) the redemption brings about a meaningful reduction of interest that makes it unlike a dividend. The latter test does not afford the comfort of a safe harbor. For purposes of the redemption tests, the family stock attribution rules provide that stock owned by certain family members are treated as owned by the shareholder whose stock is redeemed. The attribution rules also cover shares held by partnerships, trusts, estates and related corporations and shares subject to options. The stock attribution frequently precludes shareholders in family-owned corporations from meeting the Section 302 tests.

The new tax law now allows privately owned C corporations to distribute cash proportionately or disproportionately without facing the quandaries of the redemption tests and the stock attribution rules, particularly where the stock basis is low relative to stock value. There is an incentive to go beyond the release of any existing excess cash balances and recapitalize the business with debt. Even in a tight bank lending market, steadily performing private businesses may be able to incur incremental senior debt that stays within a modest leverage ratio of 2- to-2.5 times EBITDA. Larger businesses with stable cash flows will also be able to tap the market for mezzanine capital and obtain higher leverage.

Many private equity funds have held portfolio companies for several years yet do not find the current M&A or IPO market receptive to an exit. Frequently, these companies have grown their cash flow or reduced their debt, or both, and can be releveraged accordingly. In addition to the opportunity to lock in an IRR on the equity investment, recapitalizations that refinance high-yield debt also offer the prospect of lowering the overall cost of capital.

Leveraged recapitalizations raise a number of issues under corporate law, the existing debt instruments, and potentially the securities laws, but these are not novel and we will not reiterate them here. Instead, we will discuss some tax-planning aspects of the distribution under two equity structure scenarios. 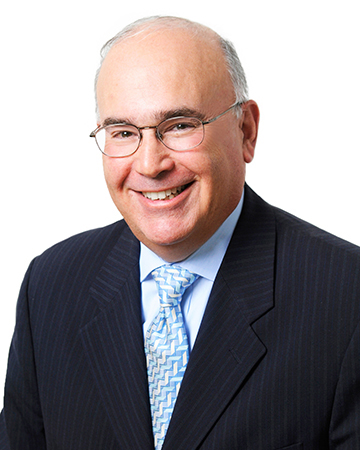