Sudan Accountability and Divestment Act of 2007 Signed into Law

On December 31, 2007, President Bush signed into law the Sudan Accountability and Divest- ment Act of 2007 (“Act”)1 to allow fund manag- ers and other investment advisers, as well as states and local governments, to adopt meas- ures to facilitate divestment from companies involved in four key business sectors in Sudan: oil, power production, mineral extraction, and military equipment. The Act also affirms the rights of fiduciaries of employee benefit plans to engage in such divestitures, and it directs the U.S. federal government to require that all U.S. government contractors certify that they are not involved in business in the key business sectors of Sudan. A provision of the Act invites foreign countries to adopt similar measures.

The purpose of the Act is to codify the rights of investors and their fiduciaries to hold and relinquish assets in accordance with their responsi- bilities to guard against economic and reputational risks associated with investments in companies that conduct business operations in Sudan while the political and humanitarian crisis continues in the Darfur region of Sudan, as long as in doing so, fund managers continue to adhere to their fiduciary duties, and state and local governments adhere to the limited au- thorization provided by the Act.

Section 4 of the Act adds a new subsection (c) to Section 13 of the Investment Company Act of 1940 (“Investment Company Act”) to protect registered investment companies and their employees, officers, directors, and investment ad- visers from any civil, criminal, or administrative action “based solely upon the investment company divesting from, or avoiding investing in, securities issued by persons that the investment company determines, using credible information that is available to the public, conduct or have direct investments in business operations in Sudan described in Section 3(d) of the [Act].”2 In its report accompanying the Act, the Senate Committee on Banking, Housing, and Urban Affairs explained that this provision was in response to a “major concern” on the part of fund managers regarding “the possibility of a breach of fiduciary responsibility” in connection with decisions to divest Sudan-related investments.3 The Act makes clear, however, that fund managers will still be required to observe their other fiduciary responsibilities.

The Act also requires the U.S. Securities and Exchange Commission (“SEC”) to adopt, no later than 120 days after the enactment of the Act (April 29, 2008), rules requiring disclosure by any investment company that divests itself of securities in reliance on the Act in the investment company’s first periodic report filed with the SEC following the divestiture. Importantly, the Act states that the protection of the Act will not apply to divesting investment companies if they do not make the required disclosures.

It is unclear how many fund managers will choose to divest Sudan-related assets as a result of the adoption of the Investment Company Act amendment. Some fund managers and fund investors may take the posi- tion that continued ownership is the best way to influence issuers to change their practices (through proxy votes and other measures). Others may determine that the potential for high returns from issuers doing business in Sudan outweighs the risks resulting from the investments. Without doubt, shareholder activists interested in the Sudanese crisis will scrutinize fund investments closely.

Section 5 of Act affirms the rights of fiduciaries of employee benefit plans to divest plan assets from, or avoid investing plan assets in, companies conducting business operations in the key business sectors of Sudan without breaching their fiduciary duties under Section 404 of the Employee Retirement Income Security Act of 1974 (“ERISA”) if such divestment or avoidance of investment is in accordance with the De- partment of Labor (“DOL”) regulation at 29 C.F.R. 2509.94–1.

Section 12 of the Act provides that key provisions of the Act (including the provisions discussed above) will terminate 30 days after the date the President certifies to Congress that the Government of Sudan has honored its commitments to: 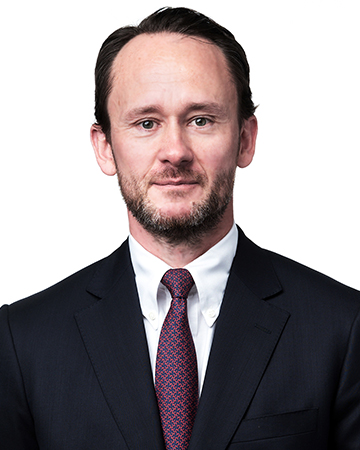