Mutual funds may soon be permitted to provide key information directly to investors in a “sum- mary prospectus” and make the statutory prospectus and certain other information available on an Internet web site in satisfaction of their prospectus delivery obligations under the Secu- rities Act of 1933, as amended (the “Securities Act”). On November 21, 2007, the U.S. Securities and Exchange Commission (the “SEC”) issued a release1 (the “Proposing Release”) proposing rule and form amendments (“Proposed Rules”) that would permit these changes. The Proposed Rules would also require each fund to provide key investment information in plain English in a standardized order at the front of the statutory prospectus, using the same format as the summary prospectus.

Soon after Form N-1’s adoption, the SEC staff began considering a more simplified prospectus for mutual funds. These efforts culminated with the adoption of Form N-1A, which was designed to provide investors with a prospectus that is substantially shorter and simpler, so that the prospectus clearly disclosed the fundamental characteristics of the particular investment company. One reason for Form N-1A’s success was that more detailed information could be provided in a Statement of Additional Information (“SAI”) that did not need to be delivered to investors with the prospectus, but that could be incorporated into the prospectus to assuage liability concerns.

Many mutual funds subsequently took steps to substantially revise and simplify prospectus disclosures in response to the SEC’s “Plain English” initiative, launched in the late 1990s. In 1998, the SEC again tried to simplify and improve fund prospectuses by adopting rule amendments to permit funds to provide investors with a “profile prospectus” that includes key summary information about the mutual fund, including:

A significant drawback with the profile, however, was that SEC rules did not allow a fund to incorporate by reference the full statutory prospectus or SAI into the profile—in part because the SEC recognized that limitations existed on the ability of investors to easily access additional information not provided in the profile. In the end, this inability to incorporate the full statu- tory prospectus and SAI into the profile meant that very few fund groups have used the profile, principally due to significant concerns regarding potential liability for material omissions.

In recent years, the SEC has taken steps to consider how the Internet could be used to facilitate investor access to information about issuers, while simplifying the written disclosure documents delivered to investors. As investors have gained increased access to the Internet, the SEC began to consider the possibility of allowing a fund to deliver a short, summary prospec- tus to investors—similar to the profile—that directed investors to the fund’s statutory prospectus or SAI on an accessible web site, and allow the fund to incorporate by reference the prospectus or SAI into the summary prospectus. These efforts have culminated with the Commission’s action on the Proposed Rules.

Payments to Broker-Dealers and Other Financial Intermediaries

The legend could also indicate that the summary pro- spectus is intended for use in connection with a 401(k), 403(b), or 457 plan, or a variable life insur- ance or annuity contract, and is not intended for use by other investors. In addition, the legend could indicate that the statutory prospectus and other information are available from a broker-dealer or other financial intermediary.

The Proposed Rules appear to serve the intended purpose of both enhancing disclosure and giving investors a choice in the format and quantity of information they would like to receive before making an investment decision. By permitting delivery of the summary prospectus on the Internet, and only requiring the delivery of a paper prospectus upon request, the Proposed Rules have the potential to save funds and their shareholders substantial printing and postage expenses. Nonetheless, one SEC Commissioner has observed that the SEC’s proposal “may still need some modifications.”4 Commissioner Paul Atkins has observed that the proposed “quarterly updating requirement” may be unnecessary, and has questioned the usefulness of including information about a fund’s top ten holdings in the summary prospectus.5 Indeed, the SEC’s focus on quarterly performance seems somewhat inconsistent with its past statements that investors should not base investment decisions on short-term investment performance, but instead focus on investment performance over the long term.6

The SEC has proposed a compliance date that would require post-effective amendments that are filed within six-months after the effective date of the Pro- posed Rules to comply with these new requirements. Funds may wish to consider whether this is sufficient time to deal with the many operational issues presented, and if not, provide comment to the SEC on this point. Comments must be received by February 28, 2008.

1) Enhanced Disclosure and New Prospectus Delivery Option for Registered Open-End Management Investment Companies, SEC Release No. 33- 8861 (Nov. 21, 2007).
2) The SEC did not elaborate on what “greater prominence” means. We anticipate comments on the Proposed Rules seeking clarification on this subject in the adopting release.
3) Sections 12(a)(2) and 17(a)(2) of the Securities Act impose liability on a fund if the fund offering was carried out by means of a prospectus or oral communication that is materially false or misleading.
4) Paul S. Atkins, Remarks Before the Independent Directors Council (Nov. 28, 2007).
5) Paul S. Atkinds, Open Meeting Statement on Mutual Fund Prospectus Disclosure and Delivery (Nov. 15, 2007) available at http://www.sec.gov/news/speech/2007/spch111507psa.htm
6) See, e.g., New SEC Mutual Funds Tips Remind Investors To Look at More Than Short-Term Past Performance (Jan. 24, 2000).

View PDF of this OnPoint. 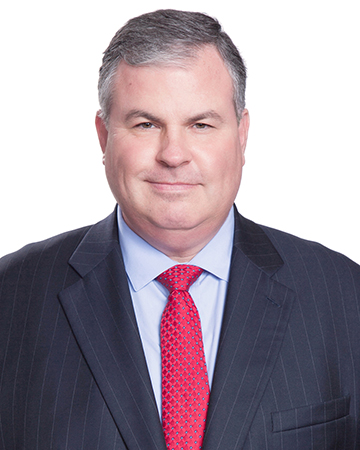