Judge Harold Baer of the U.S. District Court for the Southern District of New York recently considered whether the National Securities Markets Improvement Act of 1997 (“NSMIA”)1 preempts claims under state securities fraud statutes. Other courts have previously supported the preemptive nature of NSMIA, but Judge Baer decided that the suit could continue. This opinion is significant because it demonstrates that NSMIA is, at best, an imperfect shield for investment advisers and others when claims are brought under state law.

In July 2007, investor Howard Houston (“Houston”) filed a complaint against a New York law firm, Seward & Kissel, LLP (“Seward & Kissel”), in the Southern District of New York over Sew- ard & Kissel’s role in connection with allegedly misleading offering documents of Wood River Partners, LP (“Wood River” or the “Funds”), a hedge fund in which Houston had invested and lost $2.75 million.2 Wood River’s principal, John Whittier, had pleaded guilty in May 2007 to violations of federal securities laws and the Wood River fund had been placed in receiver- ship.3

Houston’s complaint alleged that Wood River had listed Seward & Kissel as legal counsel and had indicated that the law firm’s opinions as to the legality of the offering would be made available to investors in Wood River funds (“Funds”). Houston claimed that Seward & Kissel had prepared the Funds’ offering memorandum, which allegedly had contained false representations about Wood River’s intention to remain diversi- fied and had omitted material facts about Whit- tier, and that the firm had allowed its name to be used in the offering documents. Specifically, Houston alleged that Seward & Kissel had participated in the scheme by allegedly drafting, editing, reviewing, or approving the prospectus and marketing materials. Houston alleged that these documents contained material misrepre- sentations and omissions and violated Oregon’s securities fraud (“Blue Sky”) statutes.4

Seward & Kissel moved to dismiss Houston’s complaint on August 31, 2007, arguing in part that federal law under NSMIA preempted, either expressly or impliedly, state regulation of materials related to the Funds’ offering of securities.5 Seward & Kissel argued that, as Wood River interests were “covered securities” and Houston’s claims were predicated on the validity and sufficiency of statements and disclosures made in an offering memorandum, permitting these claims to continue would impermissibly impose conditions and limitations on the use of offering materials in an area preempted by NSMIA.6 The law firm argued that requiring issuers of nationally offered securities to comply with disparate disclosure requirements in every state would undermine the effectiveness and efficiency of the national securities market.

As to implied preemption, Seward & Kissel argued that Oregon’s Blue Sky law stood as an obstacle to the Congressional objective of an efficient and effective national securities market.7 The court disagreed with Seward & Kissel, holding that nothing in the history of the legislation of NSMIA preempted state oversight of alleged fraud or deceit in the securities realm.

The court’s opinion did not distinguish a contrary holding in a November 2005 California state court case, Capital Research and Mgmt. Co. v. Lockyer.8 In that case, the court found that Congress had intended to eliminate states’ authority to require or otherwise impose conditions on the disclosure of information in connection with the offering of securities in a fund and that the suit, based upon an omission of information that was not by its nature indicative of common law fraud, was therefore preempted because any state law action would have been tantamount to state-mandated disclosure. In 2007, the California Court of Appeals overturned this decision, finding that the state attorney general could maintain a suit against the companies for omissions.9

The Court’s Analysis on NSMIA

The court in Houston v. Seward & Kissel stated that the fundamental issue before it was how Oregon’s Blue Sky laws governing securities fraud and deceit could be applied to a law firm located in New York that prepared documents for a non-public stock offering and that may or may not have been aware of an offeror’s wrongful acts. The court suggested that both Congress and the courts had repeatedly recognized state authority to regulate securities fraud independent of federal law.10 As this case involved securities fraud by principals Wood River and Whittier, the court determined that the question before it was whether NSMIA specifically preserved state power to regulate the activity alleged in Houston’s complaint.

The scope of NSMIA’s preemption is stated as follows:

No law, rule, regulation, order or other administrative action of any State or any political subdivision thereof that –

A. is a covered security; or

B. will be a covered security upon completion of the transaction;

(2) shall directly or indirectly prohibit, limit, or im- pose any conditions upon the use of –

A. with respect to a covered security described in subsection (b) of this section, any offering docu- ment that is prepared by or on behalf of the issuer; or B. ...

(3) shall directly or indirectly prohibit, limit, or im- pose conditions, based on the merits of such offering or issuer, upon the offer or sale of any se- curity described in paragraph (1).11

The court suggested that a plain reading of the statute demonstrated that NSMIA’s preemption of state securities law was limited to precluding states from imposing disclosure requirements in offering documents. To determine whether Seward & Kissel’s interpretation of this language—that NSMIA completely preempted state law touching on offering materials for federally covered se- curities—the court turned to statutory construction. The court noted that the statute expressly revealed Congressional intention to preserve states’ traditional authority in the realm of fraud and deceit in securities offerings, even those involving inherently national “covered” securities.12 The preservation is stated as:

Consistent with this section, the securities commis- sion (or any agency or officer performing like functions) of any State shall retain jurisdiction under the laws of such State to investigation and bring enforcement actions with respect to fraud or deceit, or unlawful conduction by a broker or dealer, in connection with securities or securities transactions.13

The court also examined the legislative history of NSMIA, noting that the Commerce Committee stated that, in passing NSMIA, it did not intend to “alter, limit, expand, or otherwise affect in any way any State statutory or common law with respect to fraud or deceit . . . in connection with securities or securities transactions.”14 Finally, the court noted that the Supreme Court, in dicta, had affirmed that states continue to have securities regimes establishing aider and abettor liability.15

As to implied field preemption, the court noted that while Congress could have decided to occupy the entire field of securities regulation, it chose not to broadly preempt the field with NSMIA. The court noted that Congress had instead created a limited preemption for fraud class actions, but not otherwise.16

As to conflict preemption, the court held without further analysis that there was no conflict between the fraud provisions of Oregon’s Blue Sky law and NSMIA because NSMIA was strictly limited to the registration statements and disclosure requirements of federally covered securities. The court also rejected Seward & Kissel’s argument that Oregon’s Blue Sky law violated the “dormant” Commerce Clause.

Because the Blue Sky laws were not preempted, the court held that aiders and abettors could be liable if they had actual or constructive knowledge of the underlying facts on which liability of Wood River and its principal were based. As the complaint alleged sufficient facts to find under Oregon law that Seward & Kissel may have materially aided in the preparation of an offering memorandum that contained materially misleading and false statements and omissions by the principal actors, the motion was denied. The court so held despite the fact that Wood River’s principal, Whittier, had admitted that he had lied to the law firm.

This case is a setback for the securities industry as it may require participants to deal with new, confusing and potentially contradictory sets of mandates from each of the 50 states. In contrast to the now overturned holding in Capital Research, industry participants may face substantial difficulty in avoiding costly and time consuming state law claims as plaintiffs’ lawyers cite to this precedent for persuasive authority. Unlike in the California case, the court found no support for the position that the legislative history of the savings clause for fraud only applied to common law fraud. The court appears willing to permit state-mandated disclosure requirements through court action.

The court’s decision here also failed to account for many of the arguments raised by defendants seeking to avoid the imposition of state-by-state disclosure standards under the guise of enforcement or civil litigation taken under state law. Notably, Oregon’s Blue Sky law, like many other state Blue Sky laws and consumer fraud statutes, lacks any scienter element. Precedents of this sort may encourage claims in other situations where offerings failed and the issuer or borrower lacks the deep pockets to make investors whole. 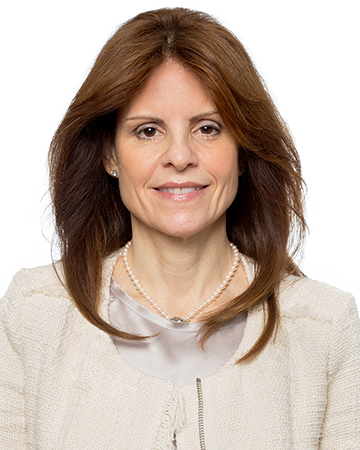 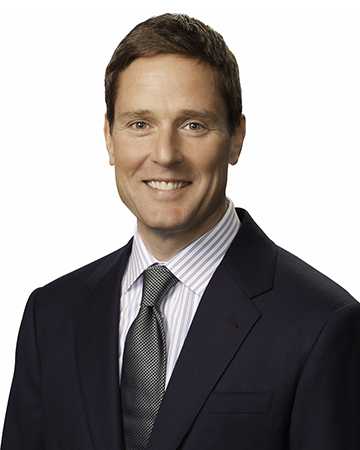