There’s a sense of “rough justice” coming out of some of the recent SEC settlements with fund advisors concerning their disclosure of certain holdings, says Matthew Larrabee, partner at Dechert. He explains how the significant costs associated with fighting the SEC on these claims have resulted in many firms’ simply capitulating to settle cases that are not necessarily well grounded in the legal obligations of the funds, in this exclusive interview with Ignites associate editor Beagan Wilcox Volz.

Ignites: “In terms of the SEC and how they’re dealing with disclosure issues through enforcement actions or through settlements, what are you seeing?”

Ignites: “Are those settlements larger than they have been historically for disclosure-related cases?”

Larrabee: “I think so, yeah. I mean, I haven’t done a statistical study of it, but the losses were so significant in the credit crisis and the SEC has been pressing firms quite hard on disclosure claims because they are claims where, to be honest, from my perspective, it’s relatively easy to go in after there’s been a loss with the benefit of hindsight and say disclosures should have been improved. They could have been better.”

“And that sense of sort of ‘rough justice’ coming out of these settlements — investors lost a lot of money. The SEC is out to protect the interests of investors. And they put a lot of pressure on funds, say, ‘Hey, you could have done a better job.’ And there’s strong business reasons not to fight to the death with the SEC for a lot of mutual funds and that produces settlements — that’s why I say it’s rough justice. Because these settlements may not actually be grounded in… very strongly in legal analysis.”

Ignites: “But firms are settling because it’s the path of least resistance or…?”

Larrabee: “I think they’re obviously making reasoned business judgments that it’s the best thing in the interest, the overall interest of the business, to put large-scale fights behind them. Even if they steadfastly believe that the disclosures were adequate at the time, the pressure to deal with things when people have lost money, when hindsight is brought to bear, when you’ve got a disclosure, a disclosure by hindsight regimen to some extent, as a practical matter, that’s tough.”

Ignites: “And is there the calculation that, even though the settlement is high, the cost of settling is actually less than it would be to go through a protracted battle with the SEC over it?”

Larrabee: “I think, yeah, the cost of that, when you think about it, the overall cost to the business. Not just how much does it cost to fight with the SEC, what would the ultimate outcome be, but distracting management from the job at hand, which is to make investors more money, that kind of cost, add that all up, that does influence I think a lot of people.”

Ignites: “And reputational risk, too.”

Larrabee: “And reputational risk, as well. And I do think there’s a limit to how far that can go. There’s a limit to how far you can push any industry, but certainly how far you can push mutual funds, those kind of settlements that aren’t really well grounded in the existing legal obligations of the funds. Which really are to disclose all the material facts that they know of at the time.”

Ignites: “When you say there’s a limit, what… do you think that could be a backlash? What could happen?” 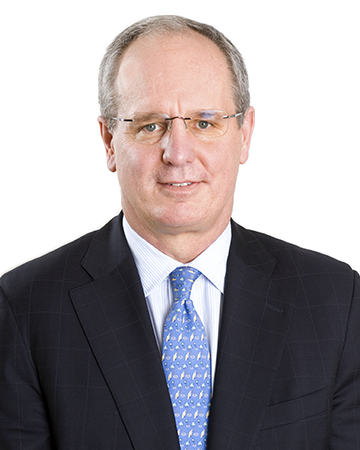