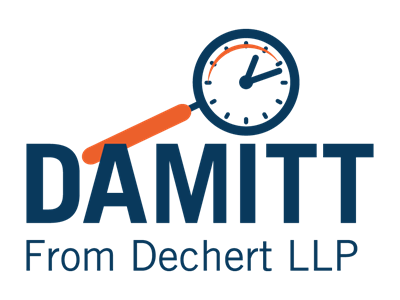 According to the Dechert Antitrust Merger Investigation Timing Tracker (DAMITT), significant merger investigations by the Department of Justice (DOJ) and Federal Trade Commission (FTC) during the first half of 2016 lasted an average of 9.5 months, as compared to 9.7 months during CY2015. Significant merger investigations include Hart-Scott-Rodino (HSR) Act reportable transactions resulting in a closing statement, consent order, complaint challenging a transaction, or transaction abandonment for which the agencies take credit. For the 12 months ending Q2 2016, the average duration was 9.3 months, as compared to the 9.0 months over the prior 12 months. With numbers this close, the duration of significant investigations appears to be on par with recent trends.

There are a number of second request investigations in the pipeline that have been ongoing more than seven months since deal announcement. Many of these investigations could result in enforcement actions, closing statements, or abandonment before the end of 2016, challenging the record for significant investigations set in 2015.

While the Number of Complaints Has Increased, the Government’s Success in Merger Trials Has Decreased

As noted in the DAMITT 2015 Recap, the DOJ and FTC have been increasingly vocal over the past year about their willingness to litigate. They have held true to their word. The agencies filed seven complaints challenging HSR-reportable transactions over the 12 months ending Q2 2016, compared to four complaints over the prior 12-month period. Of these seven complaints, the government lost two trials (Penn State Hershey/PinnacleHealth and Advocate Health Care/North Shore University HealthSystem – both of which are being appealed by the FTC) and abandoned the challenge of a third transaction (Cabell Huntington Hospital/St. Mary’s Medical Center) after West Virginia passed a new law to protect the merger from federal antitrust scrutiny. The government won one trial (Staples/Office Depot), while three other proposed transactions were abandoned by the merging parties after the government filed a complaint, including the Halliburton/Baker Hughes transaction.

Together with the FTC’s loss in the Steris/Synergy Health preliminary injunction action decided in September 2015, the government has now lost three significant merger challenges over the past 10 months. Prior to the Steris decision, the agencies had not lost a single trial challenging an HSR-reportable transaction in more than eight years (Whole Foods/Wild Oats and Western Refining/Giant Industries, both in 2007).

It remains to be seen whether these recent losses will have any marginal effect on the agencies’ recent increased willingness to litigate, or whether the agencies may be more amenable to remedies in order to avoid litigation risks.

Merger Litigation Is Taking Longer, Too

Just as the length of significant merger investigations has been increasing in recent years, merger litigation is taking longer, too. From 2011-2016, eight proposed transactions were litigated to a decision. Curiously, all of those complaints were filed in two of those six years—five in 2015 and the other three in 2011. The 2015 challenges lasted 146 days on average from the filing of the complaint to the court’s decision—nearly 20 percent longer than the 124-day average for the 2011 challenges. 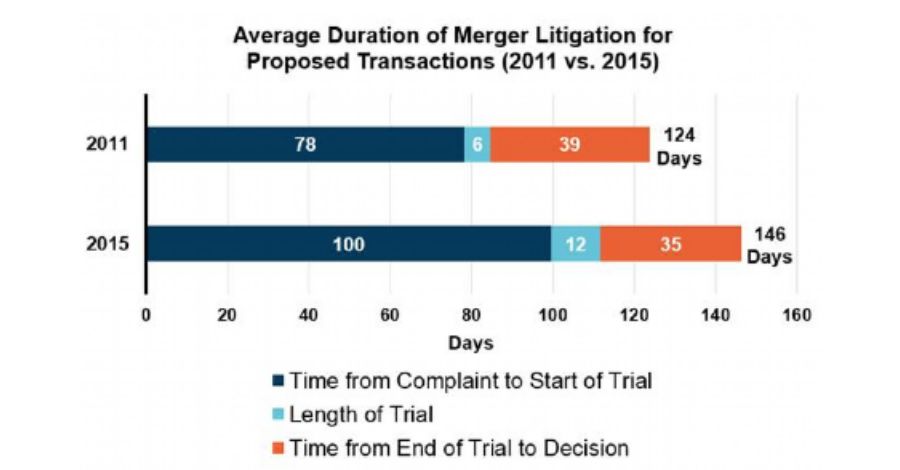 The antitrust agencies continue to be active in pursuing significant merger investigations in 2016 at a similar pace to 2015, which was a record setting year. But every step of the process is taking longer than predicted based on historical norms. Going forward, in negotiating the termination date of transaction agreements, parties need to plan not only for the increased duration of significant merger investigations, but also for the increased duration of merger trials if they are considering litigation options. DAMITT shows that significant merger investigations are lasting about 9.5 months on average so far in 2016 and that merger litigation is taking another 4.9 months. Circumstances of individual transactions may lead to results above or below the mean, but parties to the hypothetical average deal now have to plan on nearly 15 months if they intend to fight for the right to combine.