CJEU rules on private copying exception to storage in the cloud

The Court of Justice of the European Union ("CJEU") has recently ruled that the private copying exception contained in the Information Society Directive (the "Directive")12 applies to works stored in space made available to users by cloud computing service providers. Fair compensation is due to rightsholders where reproductions of works are made under the private copying exception, and the CJEU has set out a number of expectations for EU Member States in establishing systems for ensuring fair compensation.

Article 2 of the Directive states that EU Member States must provide for copyright holders to have the exclusive right to authorise or prohibit the reproduction of their works.

EU Member States have the option to implement the private copying exception to the reproduction right which enables non-commercial reproductions to be made by natural persons for private use without the authorisation of the rightsholder required by Article 2, provided that rightsholders receive fair compensation. The mechanics of fair compensation are left to be determined by each EU Member State.

The notion of fair compensation recognises that it is impractical for rightsholders to licence each act of private copying. As a result, levies are typically priced into the cost of products involved in the reproduction of copyright works (by, for example, smartphone or server manufacturers) which are then passed to collecting societies for onward distribution to rightsholders.

Austro-Mechana is an Austrian copyright collecting society, which acts on behalf of rightsholders to receive remuneration for making reproductions of copyrighted works under the private copying exception.

Austro-Mechana commenced proceedings against German cloud storage provider Strato AG ("Strato"), claiming remuneration from Strato on the basis of its cloud storage capacity being placed on the market in Austria. Strato argued that Austrian copyright law referred to remuneration being payable for 'storage media of any kind' (such as hard disks), which was distinct from the storage capacity (in the form of online cloud services) offered by Strato. Strato further argued that copyright levies had already been factored into both the cost of its servers in Germany (charged by the manufacturer/importer) and in fees charged to Austrian users on the devices they used to upload content to the cloud. Consequently, argued Strato, imposing additional fees on Strato would result in a double-charge for users.

The Austrian court at first instance dismissed Austro-Mechana’s application, finding that Strato had not made 'storage media' available and accordingly could not be liable to pay remuneration to Austro-Mechana. Austro-Mechana appealed the decision to the Higher Regional Court of Vienna, raising the issue that it is unclear whether storage of content in cloud computing contexts falls within the scope of the private copying exception in the Directive. The Austrian appeal court referred to the CJEU for a preliminary ruling.

The first question referred to the CJEU was whether cloud computing fell within the scope of the private copying exception, specifically where storage capacity on servers owned by a third party were made available for private use.

The CJEU noted that the terms 'reproduction' and 'any medium' in Article 5(2)(b) of the Directive are to be construed broadly in light of the high level of protection it aims to give to authors and to ensure the functioning of the Directive in the face of developing technologies. The CJEU therefore found that 'reproductions on any medium' includes cloud computing, and the ownership of the relevant servers by a third party or otherwise is not relevant to that assessment.

The second question referred to the CJEU was whether the Directive precludes national legislation which implements the private copying exemption but does not make storage service providers liable to pay fair compensation.

The CJEU also emphasised that fair compensation is intended to compensate rightsholders for harm suffered by them by acts of private copying. Member States must therefore take care that the level of compensation paid does not exceed the possible harm to rightsholders resulting from the relevant act(s) when multiple devices or services are involved in a single process.

While this decision specifically brings cloud service providers into scope, other businesses which facilitate reproduction should take note of the CJEU’s broad interpretation of the private copying exception and keep a close eye on the response of any relevant collecting societies in the jurisdictions in which they operate. Moreover, as systems for fair compensation are implemented on a state-by-state basis, businesses offering services such as cloud storage on a decentralised basis should be alert to the domicile of their customers and the regimes applicable in those jurisdictions. 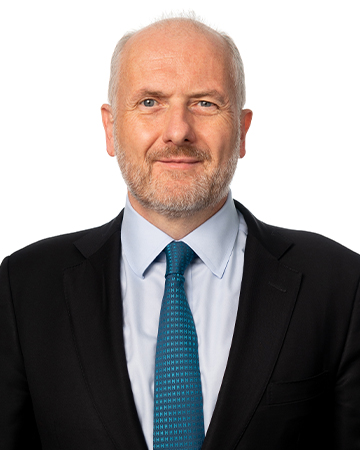 The authors are grateful to Jennifer Hutchings, Trainee Solicitor in London, for her valuable contribution to this OnPoint.