Newsflash: Chipping Away - Does the DOL's Fiduciary Rule Continue to Be on the Chopping Block?

The U.S. Department of Labor (the “DOL”) published in the Federal Register on July 6, 2017 a Request for Information (the “RFI”) regarding the final regulation defining who is a “fiduciary” of an employee benefit plan as a result of giving investment advice for a fee or other compensation (the "Regulation") promulgated by the DOL under the Employee Retirement Income Security Act of 1974 and regarding the related series of new and amended "prohibited transaction" class exemptions that were published in connection with the Regulation (collectively, the "Rule"). The highly controversial Rule became the subject of a February 3, 2017 Presidential Memorandum (which we previously discussed here) that was viewed by some as laying the groundwork for the substantial scaling back or even demise of the Regulation. However, as previously discussed here, the Regulation ultimately became applicable on June 9, 2017.

What to many was an implementation of the Regulation by the DOL that ran counter to an apparent hostility to the Rule throughout various quarters of the Trump administration has now been followe‎d by a steady flow of further action that can be characterized as questioning, or maybe even indicating outright hostility to, the Rule. There have been reports that Secretary Acosta is considering the possibility of a permanent rollback of the Rule; and there have been reports of an overall review by the Securities and Exchange Commission that could result in a replacement of the Rule that would cover all (i.e., not just retirement) accounts. More concretely, the DOL issued an enforcement policy on May 22, 2017, in which the DOL stated that it would not pursue claims against those "working diligently and in good faith" to comply with fiduciary duties arising as a result of the Regulation. The Internal Revenue Service also issued a similar enforcement policy regarding excise-tax enforcement. The DOL followed the issuance of its enforcement policy with FAQs that can be characterized as taking a more relaxed view of a number of requirements that currently remain applicable (including those relating to new "impartial conduct standards"). (The DOL’s enforcement policy and the FAQ were discussed in our May 26, 2017 OnPoint.) In addition, this week, on July 3, the DOL in the Chamber of Commerce case filed a brief conceding that the portion of the "Best Interest Contract" exemption (the "BIC Exemption") (which in relevant part is presently suspended, in any event) that would (if it becomes applicable) require providers to waive contractually the ability to insist on arbitration and to consent to being sued in a class action is invalid under other federal law. The DOL appears to be chip, chip, a chippin’ away* at the more burdensome conditions of the various exemptions to the fiduciary rule.

Against this backdrop, what does the RFI do?

The first question of the RFI seeks comment generally on a delay in the January 1, 2018 applicability date of the provisions of the key BIC Exemption that forms a part of the Rule (as well as a delay in the applicability of certain other new and amended exemptions). The DOL is also interested in receiving input "about possible additional exemption approaches or changes to the Fiduciary Rule." The DOL noted that input previously received by the DOL suggests "that it may be possible in some instances to build upon recent innovations in the financial services industry to create new and more streamlined exemptions and compliance mechanisms." The DOL specifically identified one recent innovation as being the possible development of mutual fund “clean” shares. The DOL further stated that it "is particularly interested in public input on whether it would be appropriate to adopt an additional more streamlined exemption or other rule change for advisers committed to taking new approaches . . . based on the potential for reducing conflicts of interest and increasing transparency."

It increasingly seems unlikely that the full BIC Exemption and other certain suspended aspects of the Rule will become effective when 2018 arrives, and, indeed, there are multiple paths to a substantial rollback of the Rule in whole or in part. On the other hand, to many it did not appear that the June 9 applicability date would actually come into effect; and yet it did. If you would like to discuss any aspect of the Rule, please contact any of the Dechert attorneys listed below or any Dechert attorney with whom you regularly work.

* with apologies to Gene McDaniels. 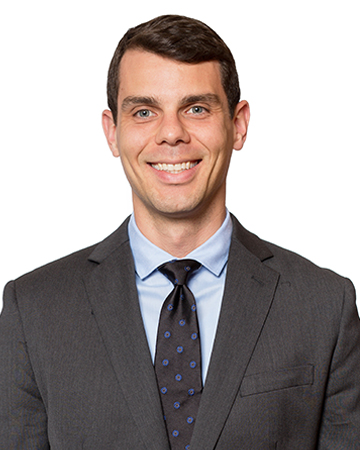