It has been a long and winding road for the amended fiduciary regulation (the "Regulation") and the related new and amended exemptions (collectively, the "Rule") of the U.S. Department of Labor (the "DOL") under the Employee Retirement Income Security Act of 1974 (including the corresponding tax provisions in the U.S. tax code, "ERISA"). As a result of the recent Fifth Circuit decision in the case of Chamber of Commerce v. U.S. Department of Labor decided earlier this month on March 15, 2018, which struck down the Rule, the Rule appears to be in substantial jeopardy.

The highly controversial Rule, which defines non-discretionary “investment advice” for ERISA purposes, was criticized by several senior officials within President Trump's administration (as well as by the President himself), and eventually was the subject of a February 3, 2017 Presidential Memorandum that was viewed by some as laying the groundwork for the substantial scaling back or even rescission or revocation of the Regulation. However, Secretary of Labor Acosta signaled that the Rule would be permitted to become applicable in an May 22, 2017 op-ed in The Wall Street Journal, harkening back to the "rule of law" and stating that the DOL "found no principled legal basis to change the June 9 date" while continuing to seek further public input. Thus, to the surprise of many, the Regulation did generally become applicable on June 9, 2017, with other key portions of the Rule scheduled at that time to become applicable later. Other Dechert OnPoints chronicling the Rule's circuitous route both before and after the June 9 applicability date are listed and linked here.

The Chamber of Commerce decision is a stunning rebuke to the Rule that may well turn this history on its head. After determining that the DOL indeed did not have the authority to promulgate the Rule, and that the DOL's action was not reasonable and was arbitrary and capricious, the court vacated the Rule in its entirety. Thus, we now have a Circuit Court that has determined that the "rule of law" stands in opposition to, rather than in support of, the Rule. As a result, as discussed further below, there is now a clear path, for the first time in approximately a year, for a final chapter in what had seemed to be a NeverEnding Story. To be clear, at present it is by no means clear that the Rule will meet its demise - but there is now a clear path to that possible result.

The Result in Chamber of Commerce

The Fifth Circuit gave multiple bases for its holding vacating the Rule. In terms of the practical effect on the Rule, the details of the court's reasoning may be far less important than the ultimate result in the case, which is to vacate the Rule. Nevertheless, as brief high-level background, the following is a general summary of infirmities identified by the court with respect to the Rule:

The court proceeded to vacate the Rule, thereby acting to invalidate it in its entirety.‎ (It is noted that a dissenting judge would have upheld the Rule.)

Where Do We Go From Here?

At this moment, it is unclear whether the DOL will resist the result in the case. ‎Critically, though, if the DOL and the U.S. Department of Justice (the "DOJ") choose not to appeal or otherwise challenge the panel’s vacatur of the Rule, then it appears that the Rule will be null and void nationwide. Numerous groups, however, have vowed to take legal action to “defend” the Rule if the DOL and the DOJ decline to do so - although the likelihood of success of such efforts seems small given standing challenges and the government’s plenary authority to conduct litigation on behalf of its agencies. Stated another way, if the Fifth Circuit's decision does become final, it would seem that the Rule would cease to exist. That result would apply regardless of whether there presently exists a split in the circuits (although it should be noted that, arguably, there is no current clear split).

While the Rule such as it is may possibly be nearing the end of its road, there may be other furrows to be ploughed. The Securities and Exchange Commission and its representatives have been indicating that “best interest” rulemaking of some sort, possibly in coordination with the DOL, may be in the eventual offing. And the DOL independently could decide that it wants to explore some kind of replacement action if the Rule remains vacated. If the Rule ceases to exist, however, actions along those lines will potentially be on more of a clean slate, rather than taking place through the prism of an existing and effective rule. In addition, separately, individual states may continue to explore some kind of additional fiduciary-type regulation. Thus, the Rule may have some lasting impact, even if it does not ultimately survive. Dechert expects to issue an additional OnPoint addressing these matters with respect to concerns specific to the financial services industry.

Next Steps for Affected Institutions

At this juncture, ‎it seems premature to assume that the Rule will not survive. The DOL may well decide that, regardless of its current preferences regarding the Rule (and deregulation generally), it needs to oppose the Fifth Circuit's decision. There should be more clarity soon enough, at least on the point regarding whether the DOL (and DOJ) intend to let the Fifth Circuit decision stand. Thus, it appears too early for there to be actual changes in policies and procedures at financial institutions in response to the case. But the fate of the Rule should be watched closely by affected institutions, and, if the Rule does fall, the process of figuring out just what approaches that have been implemented in light of the Rule should and should not be continued will presumably need to begin in earnest almost immediately.

If you would like to discuss the Chamber of Commerce decision or any aspect of the Rule, please contact any of the Dechert attorneys listed below or any Dechert attorney with whom you regularly work. 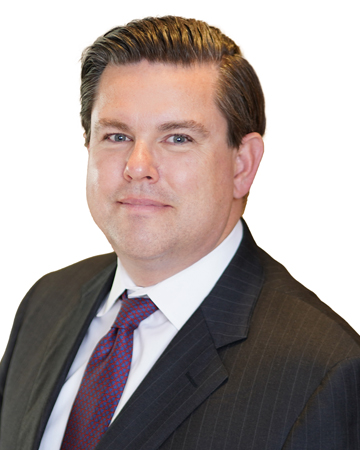