In this OnPoint, we discuss the recent draft banking law proposed by China's central bank, the People’s Bank of China (“PBOC”), and its impact on the development of the country’s digital currency as well as wider implications for cryptocurrency and fintech sectors more generally.

On October 23, 2020, the PBOC published a draft of the proposed banking law (the “draft Banking Law”)1 which, if enacted into law in its current form, would give legal status to its digital currency. The digital currency takes the form of a bearer negotiable digital version of the renminbi (“RMB”) or yuan referred to as “digital RMB” or “Digital Currency Electronic Payment” (“DCEP”). The digital RMB was announced last year and introduced across several pilot cities this spring.2

The draft Banking Law was included in the legislative plan of the 13th National People’s Standing Committee as well as the 2020 legislative plan, set out during Beijing’s key annual plenary meetings convened last month in October 2020.3  This is the first time the PBOC has given the digital currency legal recognition, with the draft Banking Law indicating that digital RMB will be treated on par with physical RMB, or cash. It clarifies that digital RMB is legal tender, laying the foundation for its wider issuance.

The draft Banking Law also includes a ban on the issuance of any digital tokens that circulate in the market as substitutes to RMB. Violators face financial and criminal penalties and the issuers of the illegal digital tokens for RMB would be required to destroy them.

Key provisions of the draft Banking Law are as follows:

The PBOC has stated that DCEP was created to replace paper-based cash, envisaging DCEP becoming the common medium of exchange amongst the wider Chinese population. The PBOC is of the view that DCEP will help the government maintain control over the RMB through its use in as many small retail scenarios as possible. In its broadest interpretation, the draft Banking Law could ban all cryptocurrency tokens in China, other than DCEP. Comments on the draft Banking Law can be submitted until November 23, 2020.

DCEP is also positioned to aid the internationalization of the RMB through utilization in international payment settlements. Domestically, while the rollout of DCEP will not necessarily undercut the current business models of major digital wallets such as those of Alipay and WeChat (Tencent), it signals what may only be the first foray by state actors towards providing a fuller suite of digital financial offerings.

The PBOC is of the view that adoption of a state-run digital payments system will help combat money laundering, gambling, and terrorism financing. As indicated in the draft Banking Law, it views DCEP as a tool to improve transaction efficiency in its financial system. As such, the country’s four largest state-owned banks have joined the PBOC in developing DCEP. The digital currency has been underdoing heavy testing as evidenced by the public trial in Shenzhen where authorities gave away “red packets” of RMB 200 (USD 30) to 50,000 residents to spend in 3,389 specific stores.5  It is reported that DCEP has already completed an estimated 4 million transactions valued at USD 299 million in the past several months.6

Drawing upon an immense userbase, China in many ways leads the world with its private digital payments, fintech and e-commerce companies. However, a somewhat mixed picture emerges when one considers both the development of DCEP and actions such as the current prevention by Chinese regulators of the anticipated blockbuster Ant Group IPO. Taken together with the draft Banking Law, this increase in state supervision may well indicate how Chinese regulators and state-backed players aim to increasingly harness digital payments along with related sectors and technologies going forward. 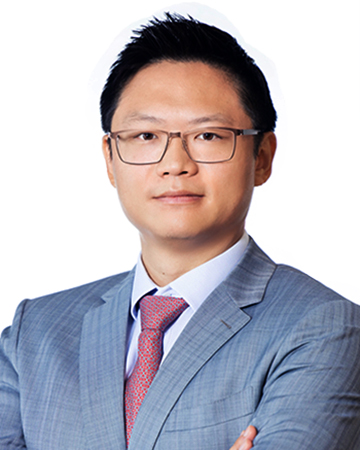