Introduction
On March 23, 2020 the Federal Reserve Bank (the “Fed”) announced the establishment of the Term Asset-Backed Securities Loan Facility (the “TALF”) to “support the flow of credit to consumers and business” by facilitating the issuance of asset-backed securities (“ABS”) and improving the market conditions for ABS generally. (See Federal Reserve Press Release - March 23, 2020 and Federal Reserve TALF Term Sheet - March 23, 2020). The TALF will serve as a funding backstop to facilitate the issuance of eligible ABS on or after March 23, 2020. This new facility will initially be more limited, both in size and in scope, than the predecessor TALF program established in November 2008 (the “Legacy TALF Program”) during the 2008 financial crisis. The TALF will initially make up to US$100 billion of secured, non-recourse loans available to Eligible Borrowers (defined below) for a borrowing term of three years.

The Fed will provide financial support to investors in certain AAA-rated newly originated ABS. These loans are secured by the ABS at all times throughout the term of the loan. The Fed will create a special purpose vehicle (“SPV”) to facilitate loans to each borrower, and the Treasury, using the Exchange Stabilization Fund, will make an equity investment of US$10 billion in the TALF SPV.

Pricing
Eligible Collateral (as defined below), with respect to which the underlying credit exposures do not already have government guarantees will have an interest rate of:

All other Eligible Collateral will have pricing terms set forth in the detailed terms and conditions at a later date.

Fees
The SPV will charge an administration fee of 10 basis points of the loan amount on the settlement date for the Eligible Collateral.

Maturity and Prepayment
The TALF loans will have a maturity of three years and can be prepaid in whole or in part at the option of the borrower. The Fed’s term sheet stated that there will be no new credit extensions made under the TALF after September 30, 2020 unless the program is extended by the Fed.

Eligibility Criteria
Eligible Borrower
All U.S. companies that (i) own Eligible Collateral and (ii) maintain an account relationship with a primary dealer are eligible to borrow from the TALF (an “Eligible Borrower”). The Eligible Borrower must be formed under the laws of the U.S. or must be a U.S. branch or agency of a foreign bank.

Notably, the term sheet for the TALF does not include any track record or substance requirements for the companies that can participate, and the term sheet even specifies that a U.S. business entity with a non-U.S. parent company would be eligible. Accordingly, and consistent with the Legacy TALF Program, we expect that newly-established fund structures will be set up to comply with the eligibility requirements of the TALF and be Eligible Borrowers under it, allowing a broad range of potential investors to take advantage of the opportunities presented by the TALF. 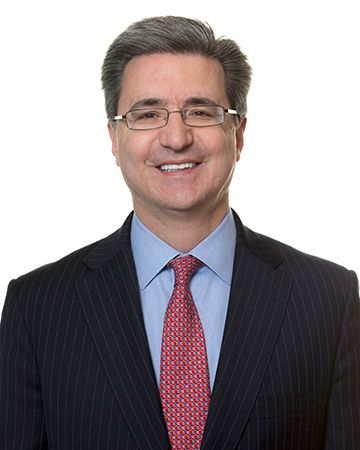