In January 2021, Federal Law No. 259-FZ “On Digital Finance Assets, Digital Currency and on Introduction of Changes to Separate Legal Acts of the Russian Federation” (the “Digital Law”) came into force becoming one of the first regulations in Russia to address the issuance, recording and circulation of digital financial assets (“DFAs”) and the circulation of digital currency in Russia.

While the Digital Law legalized digital currency, its regulation is very limited in scope, and:

As a result, the Digital Law does not establish a complete and clear legal framework for participants in the exciting cryptocurrency market and creates considerable uncertainty for business.

Given their rather broad definitions, it would seem that the two concepts, DFA and digital currency, are interconnected. This is not, however, the case (although under the initial draft Digital Law the term ‘cryptocurrency’ – which currently falls within the digital currency definition – constitutes a type of DFA). The key differences between the concepts are:

Digital currency is defined as a complex of electronic data (digital code or reference) which is recorded in an information system and can be offered or accepted as:

As drafted, such definition should generally cover what are usually considered “cryptocurrencies”. “Virtual currencies”, and related instruments, should not cover the digital currencies of states (e.g. the “digital Rouble” which the Bank of Russia is currently considering issuing).

The Digital Law establishes the following limitations with respect to digital currencies:

Therefore, as the Digital Law is currently worded, the circulation of digital currency in Russia will mainly constitute trading operations and civil law transactions related to digital currency being transferred between persons using the Russian information infrastructure.

The Digital Law defines DFAs as digital rights including:

An example of DFAs may be stablecoins issued by a certain person (issuer) which meet the above requirements.

DFAs are the second type of digital rights recognized by Russian law. A year ago, on January 1, 2020, a so-called crowdfunding law was enacted introducing practical (utility) digital rights, the acquisition of which allows the acquirer to demand the provision of intellectual property, goods and/or services (e.g. investment in a coupon or voucher which grants rights to obtain the respective goods, services and/or rights in future).

The Digital Law sets out detailed provisions on issuance, recording, circulation of DFAs and related limitations. In brief:

The issuance of DFAs should be implemented within a special information system which can operate on the basis of distributed-ledger technology and is maintained by the Information System Operator. In order to issue DFAs, a legal entity or an individual entrepreneur should adopt a decision on issuance of DFAs in electronic form (with the usage of an enhanced digital signature) which should certify, inter alia, the type and level of rights, the number of the issued DFAs, payment terms, etc. and should be published on the website of the issuer and website of the Information System Operator where such DFAs are issued.

The following transactions with DFAs are permitted:

There are no restrictions with respect to persons who may purchase and exchange the DFAs, but the Bank of Russia is authorized to set such limitations.

On November 25, 2020, the Bank of Russia adopted Instruction No. 5635-У, setting out various limitations, e.g. only qualified investors can acquire the following DFAs:

DFAs with a value below RUB 600,000 and which are not accessible exclusively to qualified investors, may be acquired by individuals who are non-qualified investors. In addition, operations with DFAs with a value equal to or above RUB 600,000 are subject to mandatory oversight (i.e. additional oversight over such transactions by the state authorities) under Federal Law No. 115-FZ “On Combating Money Laundering and Financing Terrorism”.

Advertisements of DFAs should specify:

Advertisements are not allowed until the decision on DFAs issuance is adopted by the Bank of Russia and published on the site of the Information System Operator.

Information System Operators have oversight over the information systems where DFAs are issued, recorded and circulated, while the Exchange Operators ensure the conclusion of transactions with DFAs by collecting and comparing instructions, or by participating in transactions with DFAs as a party to such transaction at their own expense, but in the interests of third parties. The Digital Law sets out various requirements and limitations on Information System Operators and Exchange Operators (together, the “Operators”). In brief:

IV. More Clarity on the DFAs and Digital Currency is Necessary

The Bank of Russia has already adopted certain regulations (e.g. on registers of Operators, on reporting on non-compliance with qualification requirements, and on calculation of net assets for Operators). In addition, there are certain draft laws mainly prepared by the RF Ministry of Finance related to tax regulation of digital currency (e.g. draft law 1065710-7 submitted to the Russian State Duma on December 1, 2020) and imposition of special administrative and criminal liability for violations of the Digital Law (the related drafts laws have not been submitted yet to the Russian State Duma).

The Digital Law has a number of deficiencies as pointed out in business and legal circles, especially with regard to the regulation of digital currency, e.g.:

We will continue to monitor developments with respect to the use and regulation of digital currency and assets and are happy to address any questions. 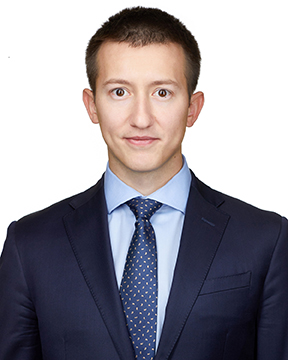