US Blockchain Enforcement and Litigation Update

Over the past two years, prices for cryptocurrencies and other digital assets have experienced extreme gains and declines, while billions of dollars have been raised through Initial Coin Offerings (“ICOs”).  In this dynamic environment, federal and state regulators have sought to curb fraud by increasing oversight for the rapidly-expanding digital asset industry.  At the same time, aggrieved investors have pursued lawsuits against ICO issuers and affiliated parties.  In the second half of 2018, regulators have continued to pursue enforcement actions based on novel legal theories and the courts have largely rejected legal challenges to regulators’ claims of enforcement authority and private lawsuits.

At the federal level, both the U.S. Securities and Exchange Commission (“SEC”) and Commodities and Futures Trading Commission (“CFTC”) have asserted jurisdiction over those who sell or trade many digital assets.  The SEC has expanded beyond its past focus on fraud in connection with ICOs, and has pursued enforcement actions for “unregistered” ICOs in the absence of any misleading conduct, as well as against those operating as unregistered investment funds and exchanges.  Following a court decision in early 2018 that upheld its position that cryptocurrency products can be regulated as commodities subject to the Commodity Exchange Act, the CFTC secured an additional ruling confirming its authority and pursued additional fraud cases in parallel with the U.S. Department of Justice.  The Treasury Department’s Office of Foreign Asset Control (“OFAC”) and Financial Crimes Enforcement Network (“FinCEN”) have also provided guidance to the digital asset industry on compliance with Anti-Money Laundering and sanctions rules.

State authorities have also continued to assert their authority to regulate digital asset products, with the North American Securities Administrators Association (“NASAA”) announcing a 185% increase in investigations of ICOs and other cryptocurrency-related products by U.S. state and Canadian provincial authorities from May through August 2018.  In the context of private litigation, U.S. trial courts have issued several important decisions governing the substantive and territorial scope of the federal securities laws.  However, many important issues remain to be litigated and authoritatively decided by appellate courts. 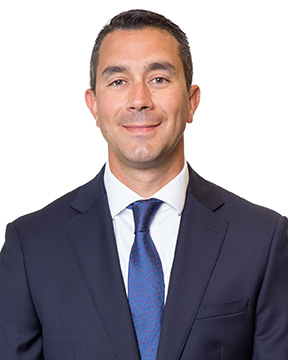