With a “no-deal” scenario looking increasingly more likely, what should brand owners be doing to prepare for 31 October this year?

EU trade marks in the UK

Once the UK leaves the EU, existing EU trade marks (EUTMs) will no longer cover the UK. The government has stated that existing EUTM registrations will effectively be "cloned" such that right holders will be granted a new UK equivalent trade mark which will come into force at the time of the UK’s exit from the EU. It is important to note that this is only the case for registrations at the time of exit.

EUTMs which are pending applications at the time of exit will not be subject to the same process. Instead, applicants will have the opportunity to file for their UK equivalent trade mark using the normal application process for a period of nine months from exit. We understand that UK IPO application forms will be amended (presumably at the time of exit) to include a new section for claiming the earlier filing date of the corresponding EUTM application.

The provision of these "cloned" rights ensures that EUTM right holders maintain their filing and priority dates for their new UK equivalent right.

A business that does not wish to receive a new equivalent UK trade mark can opt out but the process will otherwise be automatic.

EUTMs are vulnerable to revocation if they are not used to a sufficient extent within a five-year period from registration. In terms of Brexit, there are two main scenarios to consider:

The government has confirmed that use of the mark in the rest of the EU within the five years before exit day will be taken into account in respect of use of the new equivalent UK mark. However, from exit day, the holder will have five years to build up use in the UK, otherwise the UK equivalent mark will be vulnerable to non-use revocation.

Government guidance says that a similar approach will apply in assessment of reputation.

2. An EUTM has been used in the UK only.

The EUIPO has stated that evidence relating to the UK prior to exit day will be relevant to maintain the rights in the EUTM and will be taken into account. As above, this means that the holder will have five years to build up use in the EU27.

In contrast, the EUIPO’s position on reputation is different and evidence of reputation relating to the UK will no longer be taken into account as from exit day (even if the evidence predates exit day). This is because the EUTM must have a reputation in the EU at the time of the decision.

If an EUTM is subject to a licence or security interest, the government has confirmed that such interest will continue to have legal effect in the UK. Any licence or security interest that refers to an EUTM and authorises acts in the UK will therefore be treated as if it applies to the new equivalent UK trade mark. Any licensees (and potentially security holders) should be notified of the new right under the equivalent UK trade mark and checks should be undertaken to ensure that the creation of the new right does not breach any agreement.

Where a licence or security interest is already registered on the EUTM register before exit, the UKIPO will extend the period within which such transactions must be recorded on the UK register in respect of the equivalent UK mark to 12 months from exit day.

Currently, UK courts can hear and decide trade mark infringement cases relating to EUTMs and grant pan-EU injunctions. On exit day, there are likely to be some cases which are ongoing. These cases will continue to be heard in the UK courts but any actions and remedies taken or granted will be applicable to the equivalent UK right only (and not the EUTM). The courts will also no longer be able to grant pan-EU injunctions. Any existing injunctions in place that cover actions in the UK will be treated as if they also apply to the equivalent UK trade mark.

In relation to registry proceedings (e.g. opposition or cancellation actions) before the UKIPO in which an EUTM holder has brought an action against a UK trade mark, these will continue to be heard on the basis of the law as it stood prior to exit.

In respect of registry proceedings at the EUIPO, actions based solely on UK rights that are still pending as at exit day will be dismissed for lack of valid basis and each party will be ordered to pay their own costs. Actions based on other rights will continue to be processed in relation to those other rights. 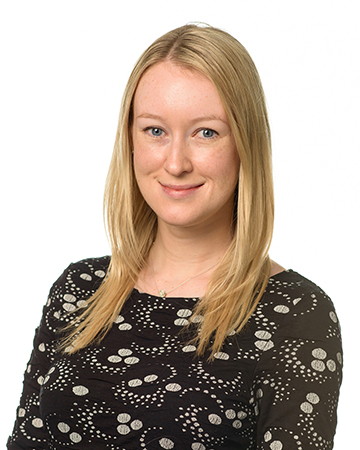