On Friday 26 June 2020 the Government published the third Treasury Direction concerning the Coronavirus Job Retention Scheme (“the Scheme”) which governs the operation of the Scheme in respect of the period from 1 July 2020 to its end date of 31 October 2020.

Following its announcement on 29 May 2020 of the extension of the Scheme to 31 October 2020, the introduction from 1 July 2020 of "flexible furloughing" and the requirement on employers to contribute to the funding of furlough payments, and its publication of further detailed guidance reflecting these changes, the Government has now issued its third Treasury Direction (“the Direction”) which establishes the legal basis for the operation of the Scheme as now amended.

The Direction sets out detailed and complex provisions concerning a number of aspects of the operation of the Scheme including:

Whilst there is regrettably no substitute for detailed review of the Direction and its sometimes labyrinthine provisions, some specific points to note are as follows.

As previously confirmed, employers will be able to furlough employees fully or for part of their working hours under the Scheme from 1 July 2020, subject to two key conditions.

First, save in relation to returners from family leave and armed forces reservists, the employer must have made a claim under the Scheme in relation to the relevant employees in respect of a minimum three week furlough period during the period from 1 March 2020 to 30 June 2020.

Secondly, the number of employees in respect of whom a claim can be made cannot exceed the maximum number covered by any one claim in respect of furlough periods prior to 1 July 2020 - the Direction describes this as the “high-watermark number”.

Subject to the detailed provisions of the Direction, family leave returners and armed forces reservists who are furloughed are deemed to increase this high watermark number as do those who TUPE transfer into the employer’s employment and satisfy the Direction’s provisions permitting them still to be furloughed by the new employer.

The Direction confirms that those returning from statutory family leave and armed forces reservists can be furloughed after the cut off date for new entrants to the Scheme of 10 June 2020 provided that certain conditions are satisfied – the employee in question was on the employer’s payroll on or before 19 March 2020 and commenced the relevant period leave before 10 June 2020 and that the employer had made a qualifying claim under the Scheme in relation to other employees in relation to the period prior to 30 June 2020.

Use of Scheme payments

The description of the Scheme set out in the Direction has been updated and now states that “[i]ntegral to the purpose of CJRS is that the amounts paid to an employer pursuant to a CJRS claim are used by the employer to continue the employment of employees in respect of whom the CJRS claim is made whose employment activities have been adversely affected by the coronavirus and coronavirus disease or the measures taken to prevent or limit its further transmission.”

Employees who are vulnerable or are shielding

As the purpose of the Scheme references the continuation of the employment employees affected by “the measures taken to prevent or limit the further transmission” of COVID-19, it appears that those who are vulnerable or are shielding can therefore remain furloughed for the purposes of the Scheme even if the employer terminates furlough arrangements for other staff as operations move back towards normality.

It is understood that HMRC had indicated previously in response to queries that employees could be served with notice during furlough and claims made under the Scheme in respect of the relevant proportion of their notice pay. However, the Direction now provides that it is “integral to the purpose” of the Scheme that its grants are used by the employer to “continue the employment” of employees. It is not clear whether this change is intended to preclude employers from making claims under the Scheme in respect of notice pay to those who they dismiss as redundant and are furloughed during their notice period.

This resolves the uncertainty presented by the Government’s Guidance in which it was indicated that written agreement was required in relation to “flexible” furlough whereas for “full” furlough an oral agreement recorded in writing would suffice. As the Direction confirms that the employee’s agreement can be “made or confirmed in writing”, it is sufficient, in respect of all furlough arrangements, for there to be an oral agreement which is then confirmed in writing. It should be noted that the Direction requires that the relevant agreement must be made before the beginning of the relevant claim period.

The conditions concerning an employee’s work remain the same as previously in relation to the period when the employee is not working for the employer. They can do no work for the employer while furloughed subject to the specific exemptions with regard to training and the performance of functions as an employee representative.

As previously indicated, the Direction confirms that claims under the Scheme in respect of the period to 30 June 2020 must be made by 31 July 2020.

Separately, on Friday 26 June 2020 HMRC also issued guidance on how employers can repay any grant monies received under the Scheme which have been overpaid. 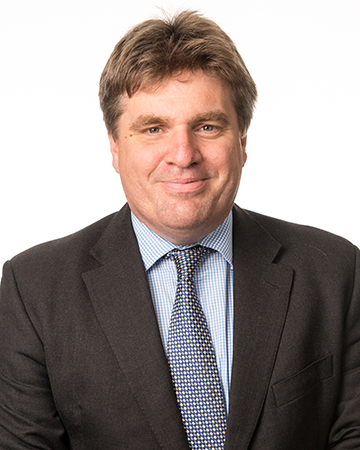