Privilege: When might a Limited Waiver become a Collateral Waiver?

In PCP Capital Partners & Anor v Barclays Bank plc,1 the High Court (Mr Justice Waksman) held that a party which in civil proceedings had relied on material previously covered by legal professional privilege (LPP) had collaterally waived LPP in other communications relating to the legal advice in question, even though the material had by then been deployed by a third party in separate criminal proceedings. In doing so, the court considered the law on collateral waiver and on limited waiver of LPP. While the practical impact of the judgment is likely to be limited, corporates sharing privileged material subject to limited waiver should be aware of the downstream risks entailed where this material is deployed in litigation.

At the heart of the civil proceedings, and of the prior criminal proceedings, was the lawfulness of advisory services agreements (ASAs) entered into between Barclays and the state of Qatar in the context of a capital raising following the 2008 financial crisis.

The Serious Fraud Office (SFO) had charged Barclays and four former senior executives with fraud offences, ultimately resulting in dismissal of the charges or in acquittals. During the criminal investigation, and subject to a limited waiver of LPP, Barclays shared with the SFO privileged documents containing legal advice to Barclays on the ASAs. The SFO subsequently relied on some of that privileged material in the criminal trial (the ‘Open Documents’), at which point these Open Documents lost confidentiality and therefore LPP.

PCP commenced civil proceedings against Barclays arising from substantially the same facts. In those proceedings, Barclays filed a number of witness statements which referred to material contained in the (by then) Open Documents. PCP requested further disclosure of privileged material, on the basis that Barclays’ reliance on the Open Documents had collaterally waived LPP in all material covering the legal advice on the lawfulness of the ASAs.

Collateral waiver is well established, but the precise bounds are more contentious. In essence, collateral waiver prevents a litigant from ‘cherry picking’ their evidence by seeking to waive LPP only over carefully selected material whilst maintaining LPP over related material, thereby obtaining a forensic advantage. It arises in circumstances where a party relies on the content (and not merely the existence or effect) of privileged material by deploying it in criminal or civil litigation in order to advance their case. While there is no general rule that a party waiving LPP in one document must be taken to waive it in relation to all material, a party may not waive LPP in such a partial or selective manner that unfairness or misunderstandings may result.2 The guiding principle in this analysis is the overall fairness of the proceedings, although as Mr. Justice Waksman held, issues of waiver cannot be decided simply by an appeal to broad considerations of fairness.3 Rather, an “acutely fact-sensitive exercise” needs to be undertaken, requiring consideration of the extent of reliance on the privileged material adverted to; the purpose of that reliance; and the particular context of the case.4

Where an initial waiver is established, the ‘transaction’ into which the material falls needs to be identified. This should be approached realistically so as to avoid artificially narrow or wide outcomes.5 The transaction need not necessarily extend beyond the disclosed material: in R (Jet2.com) v Civil Aviation Authority, 6 the Court of Appeal, again placing significant emphasis on the limited purpose for which a particular privileged email had been disclosed, found that the relevant transaction was limited to that email.

Barclays unsuccessfully sought to resist PCP’s application for further disclosure. It raised three arguments against there being a collateral waiver over material extending beyond the Open Documents:

(1) The basic argument: there was no waiver at all.

The court found that:  references in Barclays’ witness statements to being ‘comforted’ by advice received from lawyers constituted sufficient reference to legal advice: the witness statements implied that outside counsel approved the lawfulness of the ASAs; reliance was placed on that advice; and the purpose of that reliance was to advance Barclays’ case, in that if the lawyers advised that the ASAs were lawful, it was less likely they would be regarded as shams. The judge held that the references to legal advice in the witness statements had not been made casually or by accident and on those facts, it was plain that a waiver had occurred.

(2) The timing point: the only reference to privileged material was to Open Documents, to which PCP already had access.

The court’s brief disposal of this point is a more controversial part of the judgment,8 and raises a novel issue. Barclays’ premise was that since the Open Documents had lost confidentiality (and therefore LPP) because the SFO had deployed the material in the criminal proceedings in open court, no issue of waiver could arise at this stage.

The judge did not accept this premise: first, although it was no doubt true that the SFO had independently selected and deployed the Open Documents, Barclays had given the limited waiver of LPP “in the full knowledge that some or all would see the light of day at trial.” Barclays was held to have retained some degree of responsibility for the deployment of the material, even though this was, post-waiver, entirely in the control of the SFO. Secondly, PCP should not be bound by the SFO’s assessment of which privileged material was relevant to the criminal proceedings, since the nuances in the civil litigation were different. Although not clearly articulated, the key issue seems to have been that Barclays had chosen to rely on the Open Documents, and on grounds of fairness it could not hide behind the SFO’s prior deployment of that material. There would have been a collateral waiver even if the Open Documents had never lost LPP at all.

(3) The scope of the disclosure request was too broad.

Given that a waiver had occurred and that the prerequisites for a collateral waiver were present, the court held that the relevant transaction extended to the whole legal advice about the ASAs.9 The judge declined to determine, on the basis of individual statements in the evidence, which legal advice communications were subject to the collateral waiver. The breadth of the collateral waiver was due ostensibly to the numerous references to legal advice so as to make a general “compendious point about the lawfulness of the ASAs.”10 All communications with counsel regarding that advice were therefore discoverable.

Barclays was faced with an unenviable choice: either withdraw all reliance on the ‘privileged’ material (notably the Open Documents already in the public domain), or disclose the entirety of the legal advice it had received on the lawfulness of the ASAs. This is a choice technically open to litigants faced with the prospect of a collateral waiver, although where the advice received is central to the case, there may be little strategic alternative.

Although the judgment may have implications for corporates who have shared, or intend to share, privileged material with a regulator subject to a limited waiver, it should be kept in perspective:

How Dechert may help

Dechert has extensive experience guiding corporates through negotiations with various regulators and investigating authorities in the UK and around the globe. Our team of experienced civil and criminal litigators is well placed to provide expert advice on disclosure obligations, cross-jurisdictional privilege issues, and the advantages and risks entailed in a limited waiver. 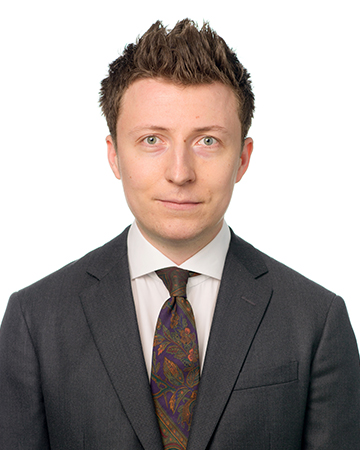