The Debtor first argued that the Lender lacked standing since the Lender was not an authorized transferee of the membership units. Section 1112(b) provides that a court may dismiss a petition on a request of party of interest if the movant establishes cause. The Court held that there was no need to resolve whether or not the Lender was the holder of the preferred units since, notwithstanding the text of section 1112(b), courts have long held that bankruptcy courts may dismiss petitions sua sponte.

The alleged unauthorized transfer of the preferred units was viewed by the Court as a red herring: If the assignment was invalid, then the assignor was required to consent to the bankruptcy filing. It was undisputed that consent was not sought from either the assignor or the Lender as assignee. Thus, the LLC agreement’s consent requirement was violated.

The Debtor argued that the required consent should be held void on public policy grounds. Noting that several courts have stricken such provisions, the Court held that the concerns raised by these courts were not present herein.

As there is no Third Circuit opinion on the issue, the Court focused on the Fifth Circuit opinion in Franchise Services and the bench ruling of Judge Walrath in Pace Industries.

In Franchise Services the Fifth Circuit found that the case did not really involve a blocking provision; the majority approval requirement was part of an equity investment granted to a bona fide shareholder. The fact that the shareholder (or its parent) was also an unsecured creditor seemed irrelevant to the court, especially since it lacks credibility to argue that the creditor made a $15 million equity investment to protect its $3 million debt claim.

The Fifth Circuit also found that the majority approval requirement does not violate federal law, as the case did not involve a contractual waiver of the right to file for bankruptcy; rather, at issue was amendment to a corporate charter, triggered by substantial equity investment, that effectively grants a preferred shareholder the right to veto a bankruptcy filing. The Fifth Circuit also rejected the argument that for the veto right to be respected, the holder must have a fiduciary duty finding no legal or logical rationale for such a requirement.

The Court found the facts of Hightstown to closely resemble those of Franchise Services and distinguished it from Lexington and Intervention Energy where the lenders conditioned financing or forbearance on receipt of nominal equity providing for bankruptcy blocking rights.

In Pace Industries, the Delaware bankruptcy court denied a motion to dismiss a chapter 11 bankruptcy filing, notwithstanding the fact that the filing contravened an express bankruptcy-filing blocking right, or “golden share,” held by certain preferred shareholders. The Pace court, declined to follow Franchise Services, and concluded that, under Delaware law, a blocking right as exercised by the preferred shareholder would create a fiduciary duty that, “with the debtor in the zone of insolvency, is owed not only to other shareholders, but also to all creditors.” The Pace court also found that federal public policy requires courts to consider what is in the best interest of all and favors debtors’ constitutional right to file bankruptcy, especially where the blocking party has admitted to acting in its own self-interest.

Hightstown refused to follow Pace. First, the Court found the facts to be distinguishable since the Hightstown debtor was not operating and had no employees or significant creditors whose interest should be considered.

Can Hightstown and Franchise Services apply to highly structured transactions involving SPVs? Probably. As long as the transaction involves a Delaware LLC where the LLC agreement limits or eliminates fiduciary duties, as is typical, and the beneficiary of the bankruptcy blocking right holds significant rather than nominal equity, especially as measured against the size of the debt, the principles of Franchise Services and Hightstown appear to apply. Until and unless more Circuit Courts of Appeals address this issue, however, uncertainty remains. 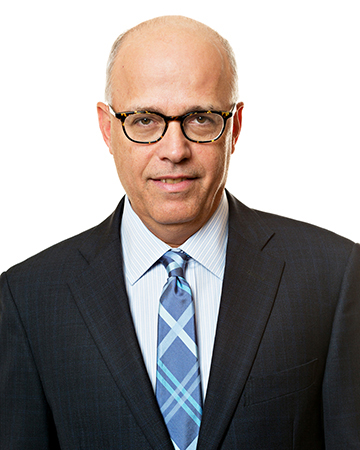